An elopement doesn’t have to feel small 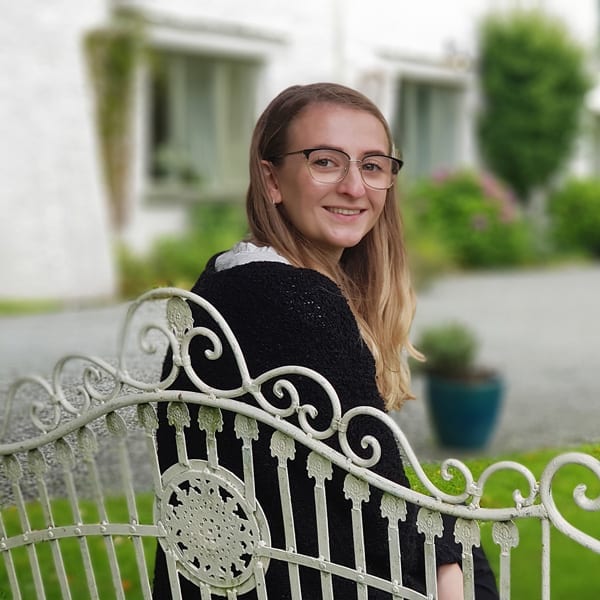 A Change of plan

Laura and Ross, like many couples, had a much larger wedding planned with all their family and friends, but as the world has been a bit topsy turvy recently and that larger wedding was cancelled, it made them think about what was most important to them. They just really wanted to get married! When Laura and Ross came for their show around when lockdown ended. They had booked their elopement wedding in February. They seemed relieved that all the pressure from a large wedding had gone. With all the planning that had happened and dealing with the changes of restrictions, it now meant that they only had themselves and their dogs to think about 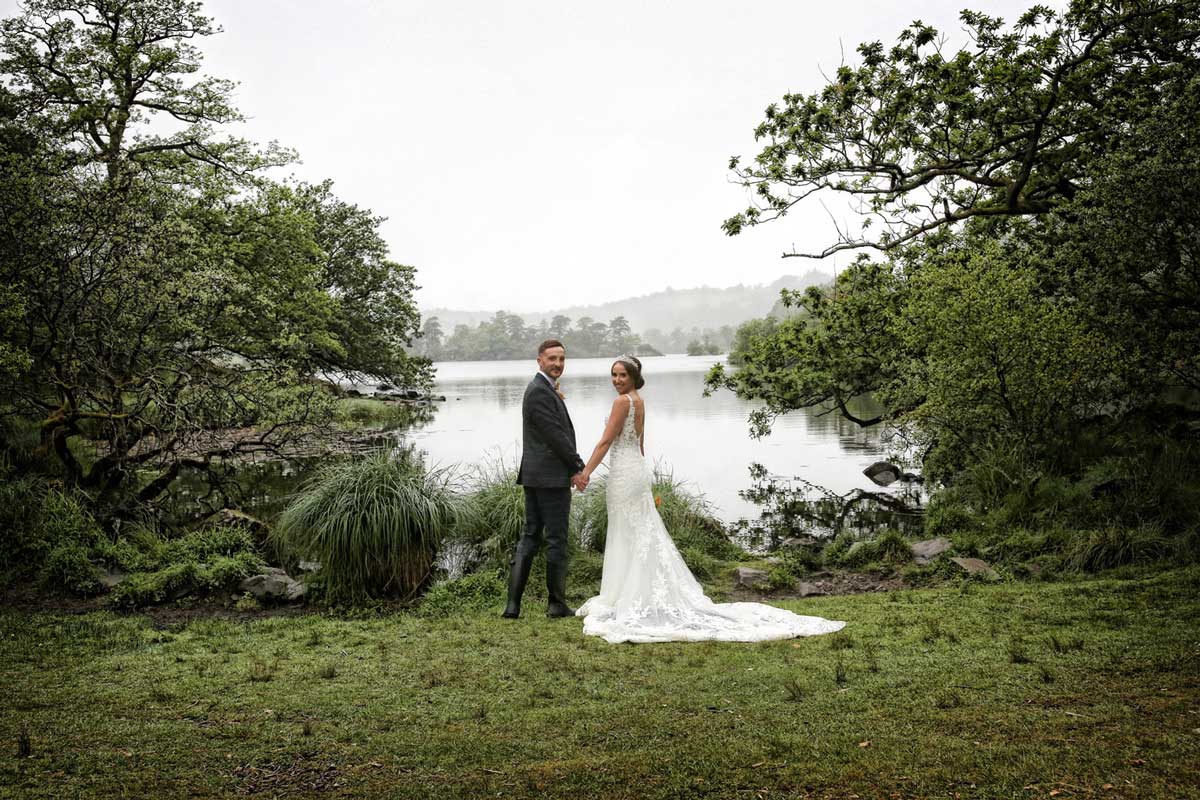 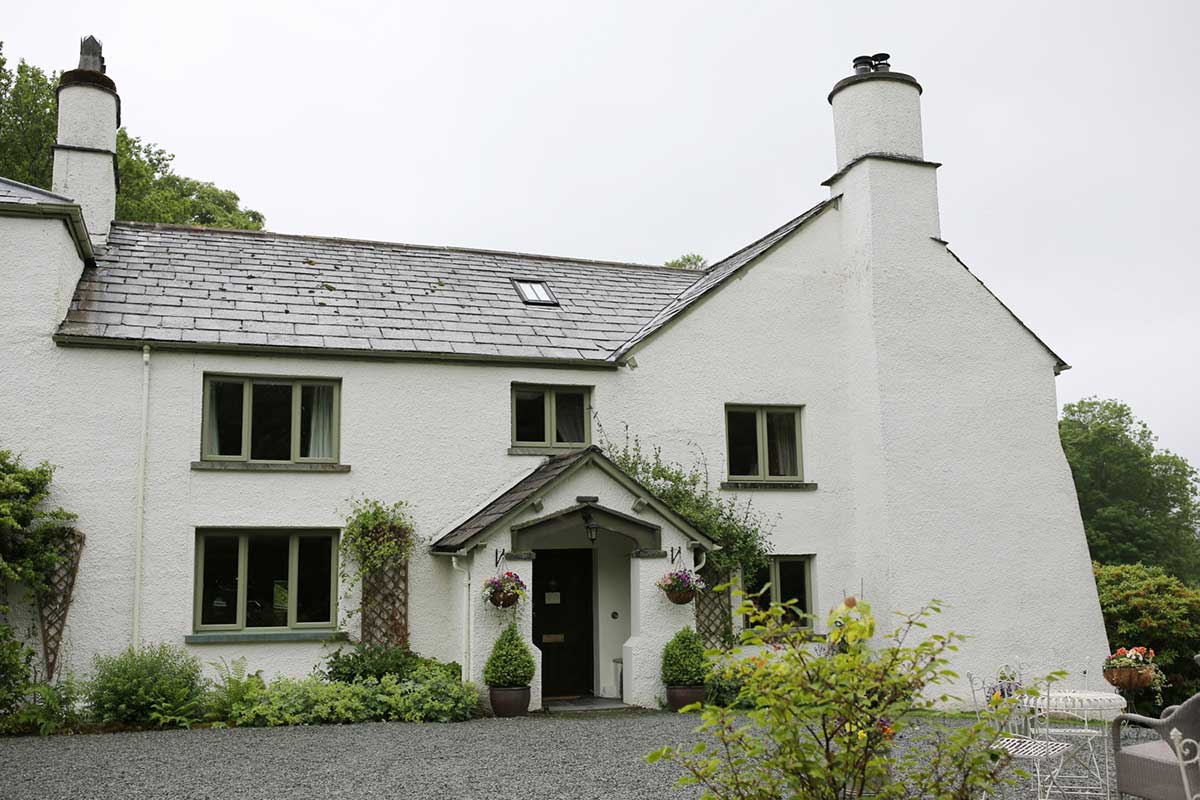 Morning of the elopement wedding

The morning of the wedding, the weather was, in typical Lake District style, a bit miserly. The couple was hoping to have the ceremony outside the barn, so we kept our fingers crossed that it would dry up a little for them. 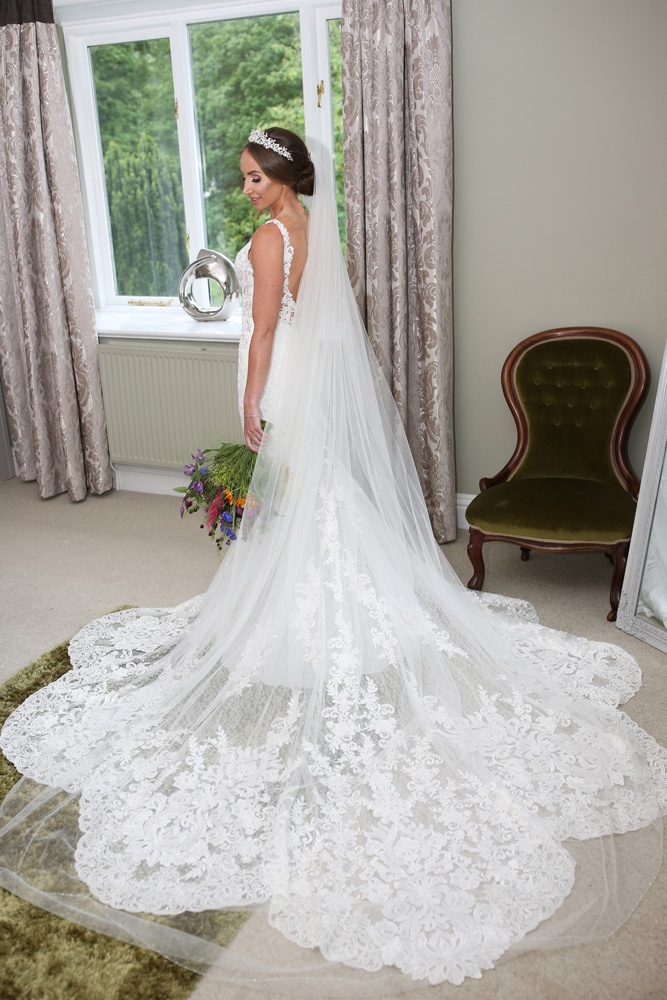 The most beautiful flowers arrived

Laura was under the impression that they were eloping in secret and that none of her family or friends knew, but Ross had another idea up his sleeve. The morning flowers were beautiful, and the florist did a fabulous job. The bouquet and buttonhole were gorgeous, and the orange and vibrant blue pops were lovely. Laura had said she wasn’t a big flower person, but she liked the wild loose theme but preferred vivid colours. 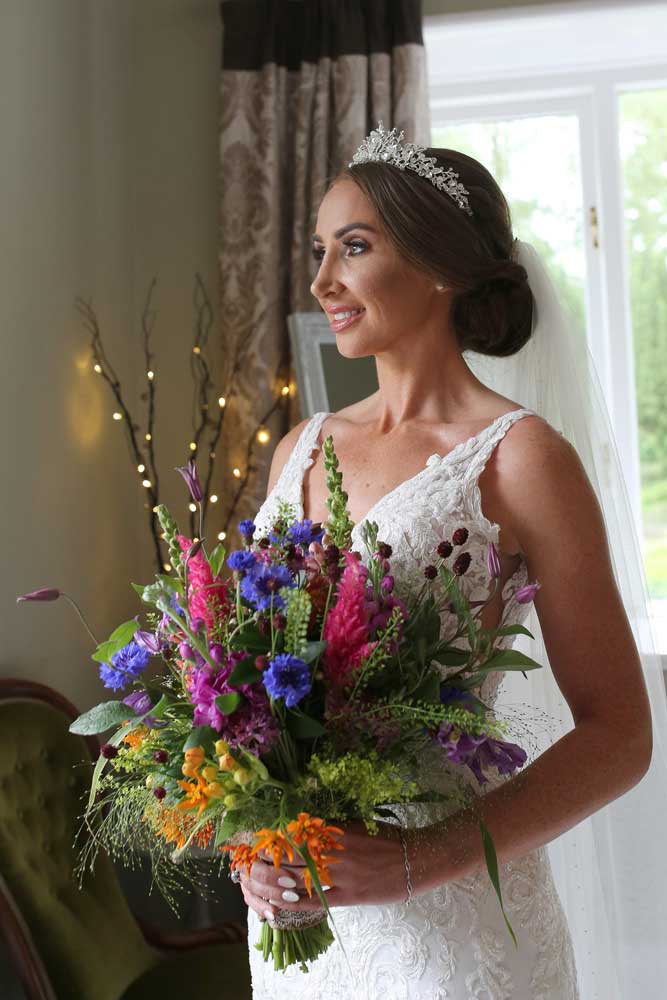 Elopement wedding with a big impact

Just because an elopement doesn’t have all the guests doesn’t mean the day has less of an impact, or it has to be low-key! Laura and Ross drove over that afternoon. Their dogs were very well behaved and were happy roaming around in the paddock. Caroline helped Laura into her gorgeous dress, with a beautiful veil trailing behind her. Ross looked very smart in his navy suit with gold detailing. There were many nice touches to the day. They’d both bought each other a piece of jewellery to wear with sentimental value.

The registrars did everything they could so the ceremony could be outside. Ross stood waiting for his bride under the eaves of the barn. Photographer, Steve Hillman and the videographer, Dave all set up to get the perfect shots. Laura made a great entrance down to the barn, Ross even shed a tear. During the ceremony, Ross made reference to their engagement with how he presented the rings, which made Laura laugh- always a good sign. The ring box was wooden and engraved with their wedding date which was a lovely touch. They both seemed ecstatic to be married! 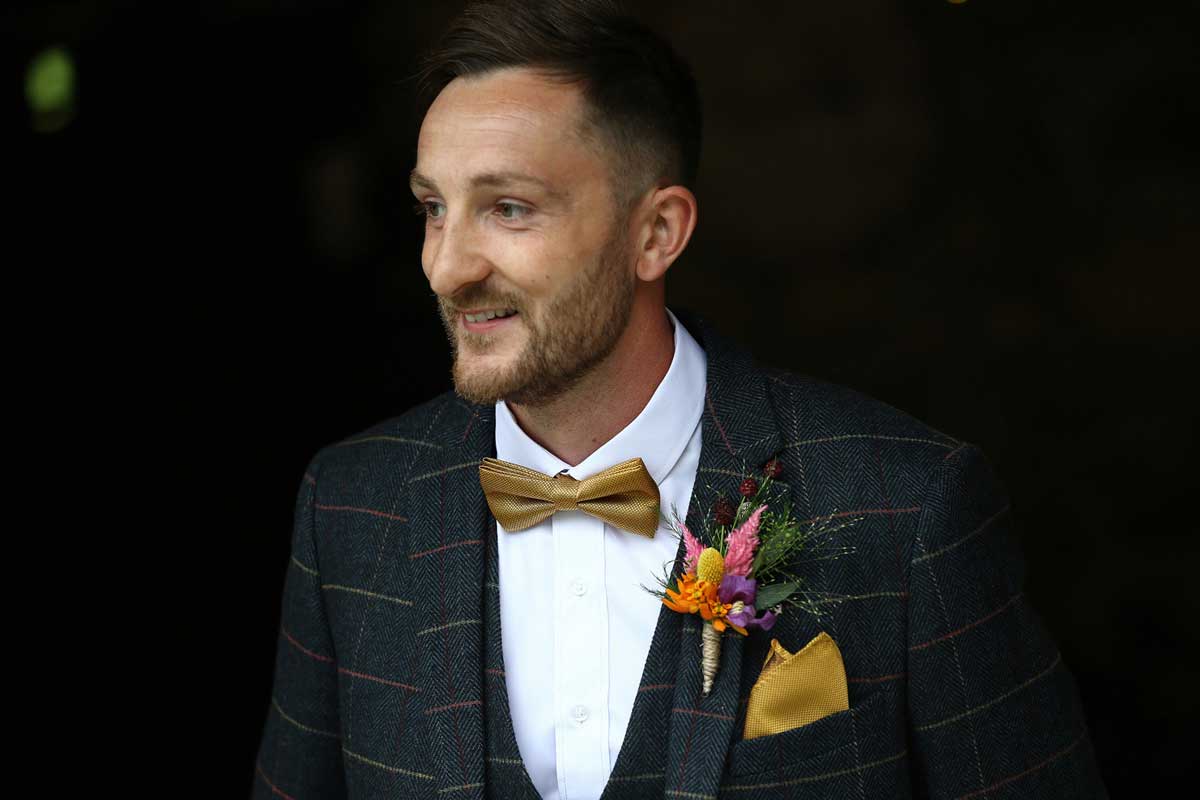 They didn't let the rain dampen their spirits

Now it was time for some pictures with the dogs, treats may have been used as bribes, but they deserved them for waiting so patiently during the ceremony. Laura and Ross then took a stroll down to the lake to get some portrait shots and umbrellas at the ready- the rain was not going to stop them! They both put their wellies on, and Ross was given the all-important job of not letting the dress fall into the mud. At this point, Laura thought they were going home for a pizza night, just the two of them, but she was wrong! When she was about ready to change out of her dress, Ross explained that actually, they were going somewhere, and she had to keep the dress on. 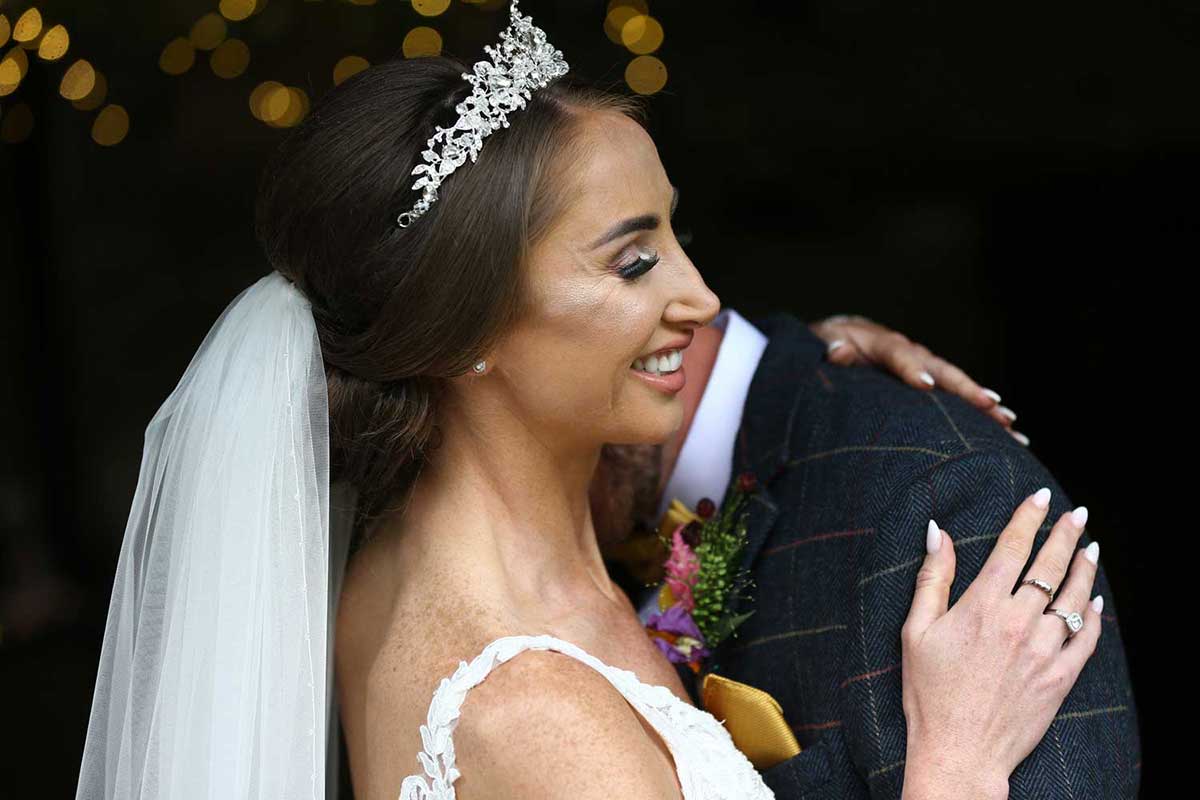 Ross had organised celebrations with family and friends as a surprise for Laura.

Proof that you don’t need a large audience for your day to feel amazing, and if the weather is true Lake District style, just put on your wellies and head down to the lake; otherwise, you’ll regret not capturing those all-important memories. 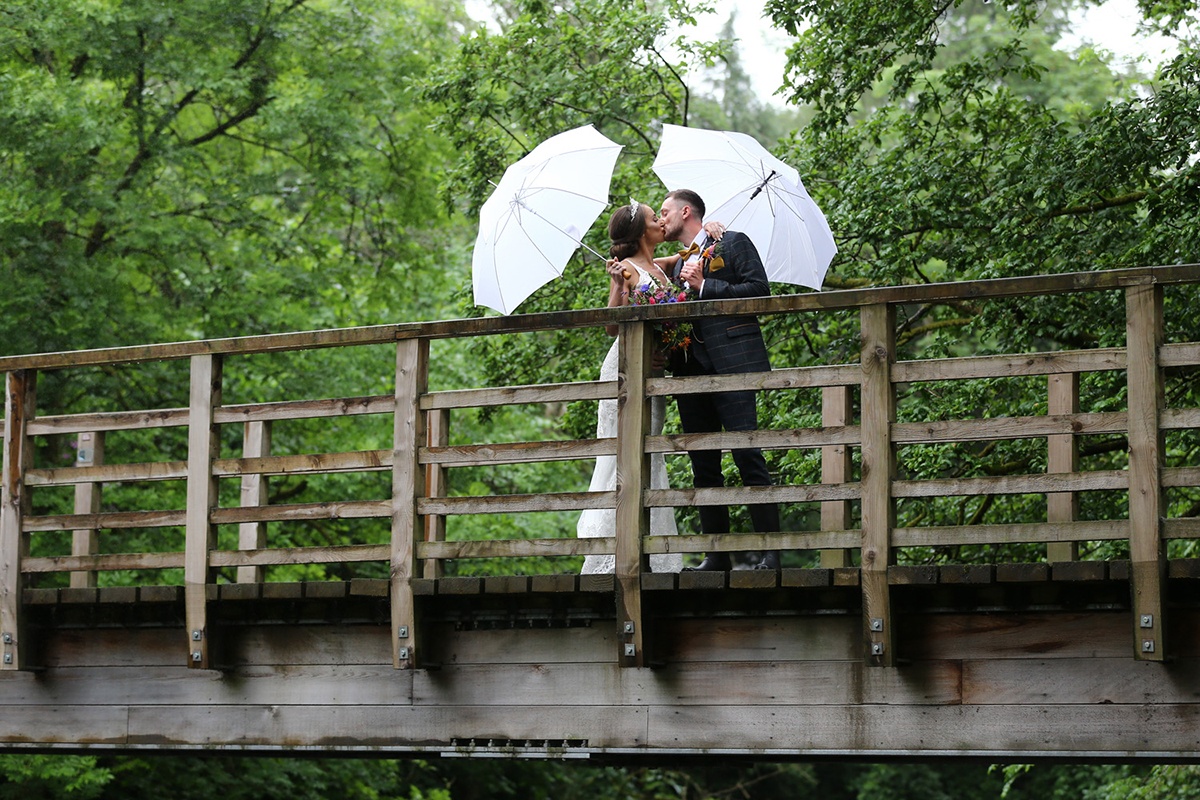 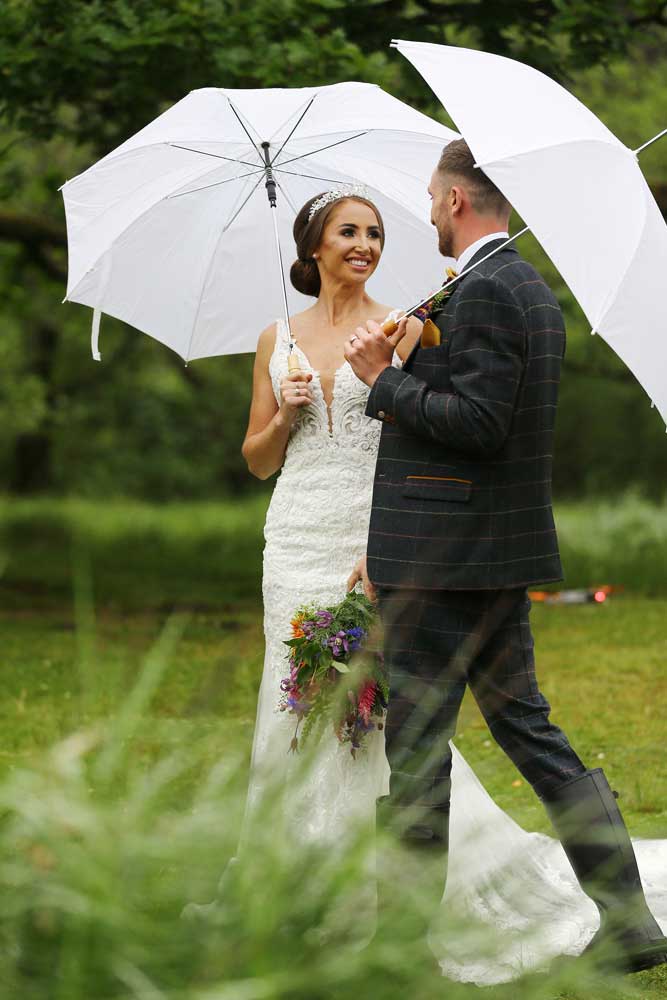 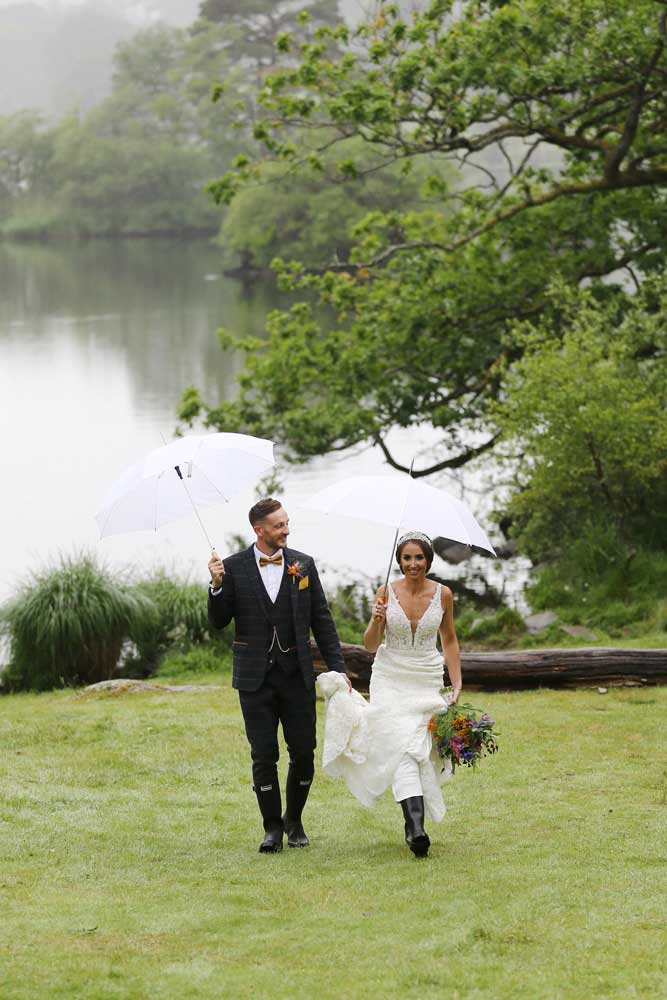 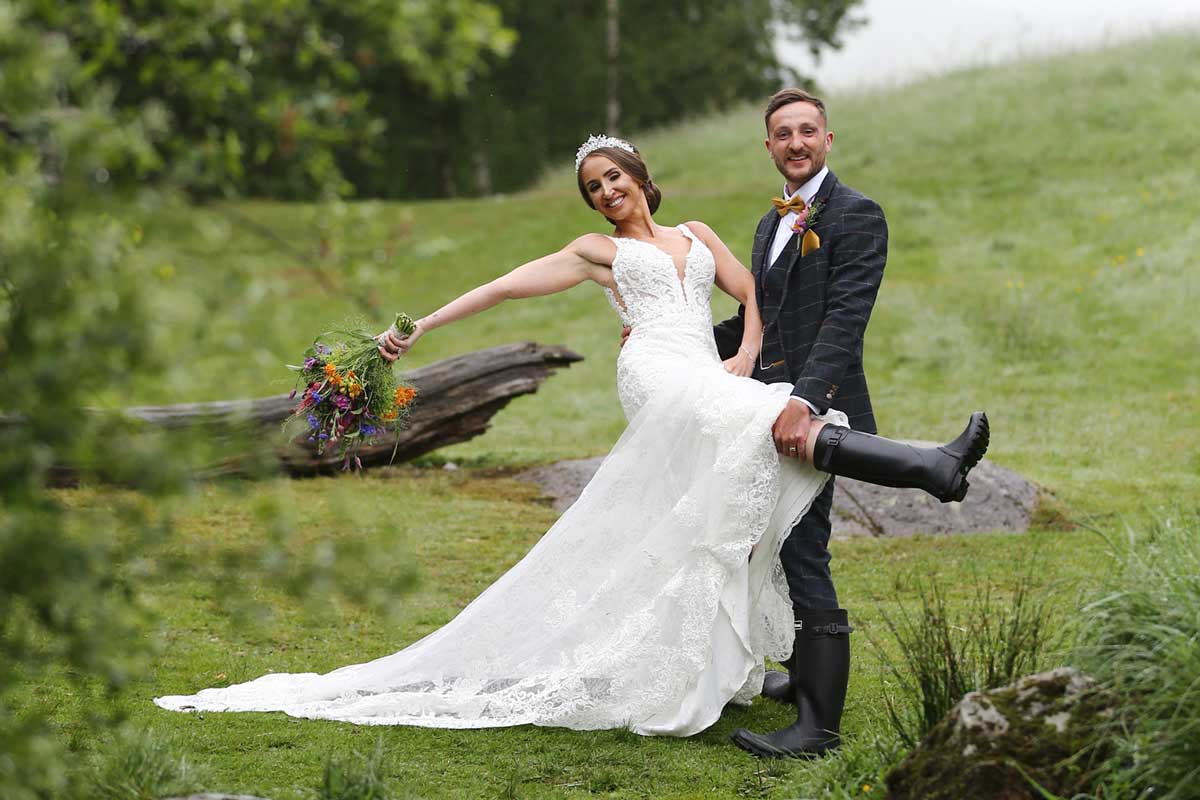